In 1974 the International Olympic Committee awarded the Soviet Union with the great opportunity to host the Summer Olympic Games of 1980 to Moscow. Unfortunately for Moscow the Olympic Games in 1980 would go down in history because of the politics that would arise before any of the games had even been started. The United States would end up leading a boycott of these Olympic games protesting the Soviets invasion of Afghanistan. Along with the United States boycotting, 55 other countries also boycotted the Olympic Games of 1980.

According to Siegalbaum, “Extraordinary measures were taken to prepare for this grand festival of sports” (Siegalbaum) Like in all Olympic games the host city goes through drastic changes to gear up for the games and new buildings are built, roads were paved, the city was cleaned up and they had “Misha” the bear who was the mascot for these Olympics on murals and flags all around the city. These games coming to Moscow bought many jobs to the city that were highly competitive and really was a time that the Soviets wanted to be proud of so they could show the world their pride as a country and how beautiful their country was.

The problem the Soviets had during this time was to battle against the negative press that the Soviets were facing from other countries, mainly the United States, who did not support them invading Afghanistan. In 1979 the Soviet military invaded Afghanistan to help reinforce the country’s communist regime against Islamic rebel forces. According to Freeze, “In December of 1979, a rump meeting of the Politburo elected to intervene militarily because of the region’s strategic importance, popular opposition to the Afghan government, and rumors that Kabul was making overtures to the American government.” (Freeze , 446) On January 20th of 1980, President Jimmy Carter had gave an ultimatum to the Soviets and said that if they did not pull out from Afghanistan within one month than the United States would boycott the Olympics. 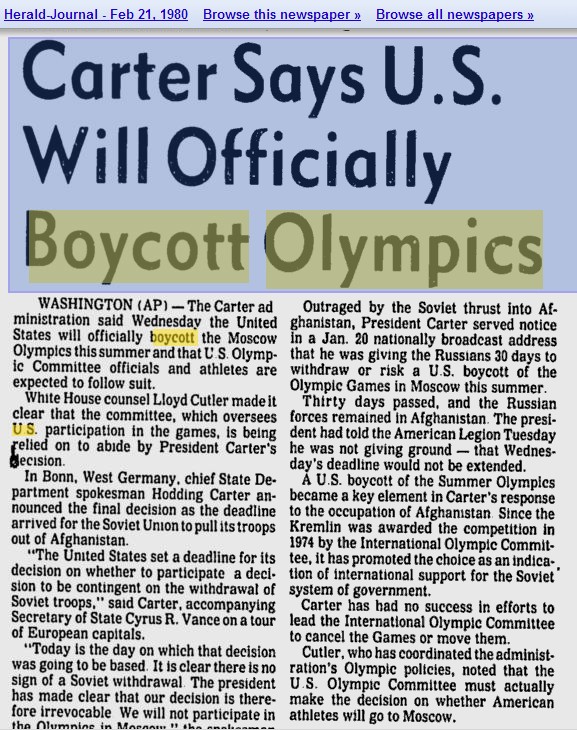 Despite the boycotts of the Olympic games in 1980 that were lead by the United States, the Soviet Union still had some success.  According to an article in The Current Digest of the Russian Press, “The attempt to silence the Olympics was not successful. The games were attended by 250,000 foreign participants , guests and tourists. More than 5,500 journalists covered them. About 5 million spectators attended the sports competitions; 1.5 billion watched the Games on television.” Many protesters even tried to say that the games were substandard but the fact was that 36 world, 74 Olympic and hundreds of national records were set.  So even though the United States and many other countries tried to silence the 1980 Olympics they did not succeed in trying to disrupt the Olympic movement and did not ruin the spirit the Soviet Union felt from these games. (V. Bolshakov.) In 1984 the Soviet Union rebelled and boycotted the Olympic games that were being held in the United States in Los Angeles. 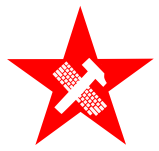 This post was on Comrade’s Corner this week awarded by the editorial team!